So I was walking out of my local Rite-Aid this afternoon and a women was walking in, trailing behind her, her Cocker Spaniel. This women wasn't blind, and another women was talking to her so I assume she wasn't deaf, she was walking with no problem, so she didn't seem differently able'd in anyway, so that must leave one thing, she's an idiot that equates dogs with children.

Oh I'm sure you've seen them too, these clueless people that think it's ok to bring their dogs with them everywhere, like they were just little hairy kids. Any store seems open game for these people Home Depot, Best Buy, and now apparently pharmacies!

I need to know really, what could possibly make you think that brining your dog in to a private store unless they are an assistance animal is an appropriate thing to do.

You know what, here's a thought for you, I don't like your dog, as much as you do, and much like second hand smoke I don't want to be exposed to it in a indoor area.

This is a new production company that I am associated with out of the Atlanta area.

More info over on our official blog at: 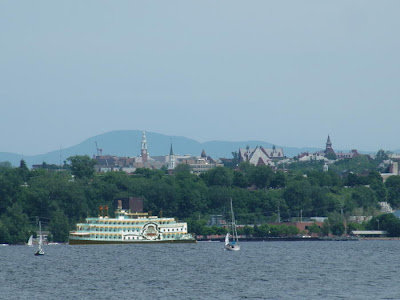 If you have ever been to Burlington VT, you know we have two tourist attractions. The Church Street Marketplace and The Waterfront.

While the Marketplace is about as interesting as you are going to get it, the waterfront is to put it bluntly a completely boring experience.

We also have another issue here in the state besides the lack of entertainment, and that is significant budget shortfalls.

So in early 2008 I made the following proposal to our Governor I have yet to hear back:

As a native born Vermonter of 38 years, that has been active in our community I have a very keen insight into the desires of Vermonters as well as other citizens of our region, such as people from and . As such I feel I may have a unique solution to our problem.

Whether the State likes to admit it or not, we are in the gambling business plain and simple. We like to whitewash it with platitudes as to where the money goes, and our “play responsibly” motto’s but when it comes down to it, the state still promotes gambling. My idea, we have the state expand its gambling operations and build a Riverboat Casino on the waterfront in .

Now before you crumple this letter up. Let me point out some items:

Currently there are more the 5 casinos within 3 hours drive of most Vermonters. Why have those gambler dollars go out-of-state?

I would recommend some certain items should a Riverboat Casino be built on the waterfront:

A final note, the 2 closest casinos to Vermont, The Montreal Casino and The Akwesasne made more the $100 million each in their first year of operation and continue to make similar profits now.. What kind of things could we do to reduce property taxes here in with that kind of money, and how nice will it be when nearly 55% of those dollars are from out-of-staters? Kindest Regards
Charles Root


So if you are a Vermonter or vacation here and like the idea of a little casino action once and while, speak up and forward this idea to your legislators! Let's make this a reality!

WHOA!! MAJOR UPDATE AS OF 12/18/08 THE IDEA OF A RIVER BOAT CASINO IS OFFICIALLY ON THE LIST OF IDEAS FOR MAKING UP VT'S BUDGET SHORTFALL
Posted by Charles E. Root Jr. at 4:11 PM 1 comment: